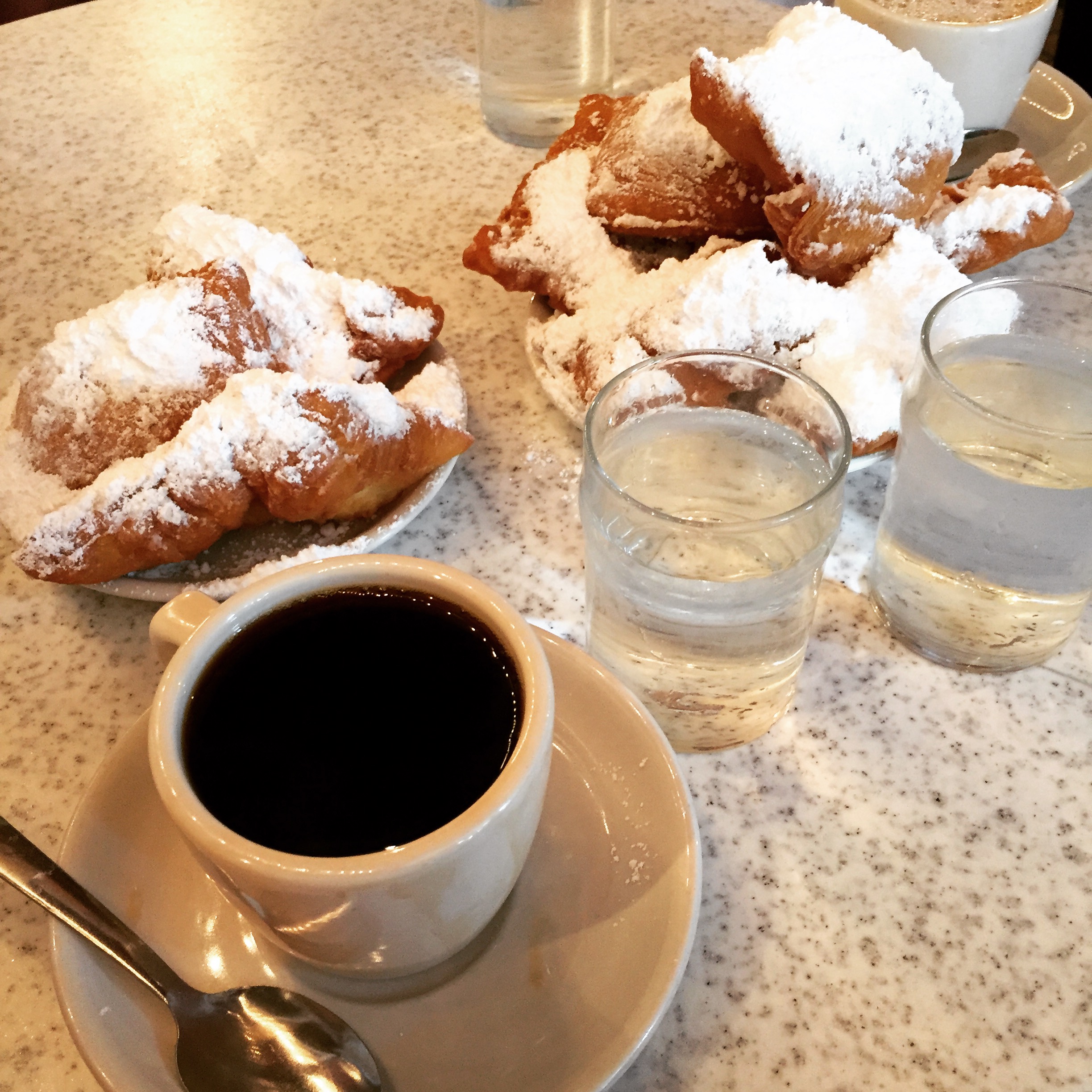 New Orleans: When you go, and you should, don’t go in August unless heat indexes of 110 degrees are your thing.

However, when you do go, head to Cajun Seafood and have some crawfish, potatoes, and corn. Then, get to the French Quarter for some coffee and beignets (see photo above) at Cafe Du Monde!

We love a big city trip. My family and I aren’t afraid to hop on and off public transportation and explore a city. It’s exciting, and we always see God at work in big cities.

The National DARE Conference was in New Orleans last week. 500-700 DARE Officers and their families crammed the Hyatt Regency (next door to the Superdome) for a week of learning, recharging, and eating!

One night, after class, I was cooling off in the hotel pool with my family. As I was chatting with another dad, he told me that I looked familiar. He asked if I worked for DARE America. I told him I was a DARE Officer who also traveled the country speaking. He said, “That’s where I know you. I was in your session last year in Texas. I bought one of your shirts. I wear it all the time”. I told him that I was honored, and I offered to come to New Braunfels, TX (where he teaches DARE) to do presentations for his students if he thought it would be helpful. He told me he would look into it, but didn’t know if he still had my card from last year. I assured him I would get him a card before the week was up.

When I was back in my hotel room, it dawned on me. I didn’t get this guy’s name. I was in a conference with over 500 people and I promised to find one of them and get them a business card. Needle in a haystack time!

The next morning, I was early for my 8:00 class. As I was sitting there reading blogs on my phone, I saw someone sit a few chairs down from me. As I looked up to say good morning, I realized it was the dad from the pool! When he saw me, he moved his things to take the chair next to me. We exchanged business cards, and talked until class started.

Here’s the cool part. This was a breakout session. That means, there were at least 5-6 other classes scheduled for the same time slot, and there were about 100 other seats he could have decided to sit in for this particular class. For the rest of the week, it was amazing how many times our families crossed paths.

I guess, sometimes, when I am thinking “needle in a haystack” thoughts, I forget the God made the hay. He knows EXACTLY where the needle is. If He wants you to find it, He will bring it to the surface. He might even just put it in the chair next to yours less than 12 hours after you promised to find it!

Will I end up in New Braunfels doing presentations? I don’t know. But, based on the emails this week, if I do, I have a new friend there.

Big cities and big conferences are great! The extrovert in me LOVES these type of things. But, sometimes I forget that it’s even more fun to watch our Big God at work!

Have there been times when God worked “coincidences” into your life? I would love to hear about it in the comments section!