The Problem With Retirement

19 Apr The Problem With Retirement

I made it! 20 years as a police officer, and I have officially retired! I’m FREE!! I’ve been looking forward to this day for a long time! You see, for the last eight years, I’ve been woking two jobs. I’ve been a full-time police officer, and I’ve used vacation time to travel the country as a professional speaker. I did 77 shows in 2017 and spoke to a little over 24,000 people using vacation time. It was a busy season. But, now I’m down to just one job! I can breathe, right?

A lot of you are reading this thinking, “so, what’s the problem?”. Well, in order to explain the problem, I have to give you a glimpse into my brain. It’s a cluttered, messy place!

For the last eight years, it has been all I could do to book shows, make travel arrangements, perform those shows, bill clients, and travel. Whenever anything else popped into my head about things I should be doing to grow my business and serve people better, that thought went into a file in my head labeled “When I Retire”. As you can imagine, over eight years, that file folder has gotten pretty big. There are SO many ideas in there!

And, do you know what happened abut two and a half weeks ago? When I turned in my badge and gun, I was forced to re-label that file folder in my head. It went from “When I Retire” to “NOW”! All those dreams. All those plans. All those ideas (some good, some stupid). All of that procrastination. I lost my excuse. I can no longer say, “I don’t have the time”. That thought is equal parts exciting and paralyzing. 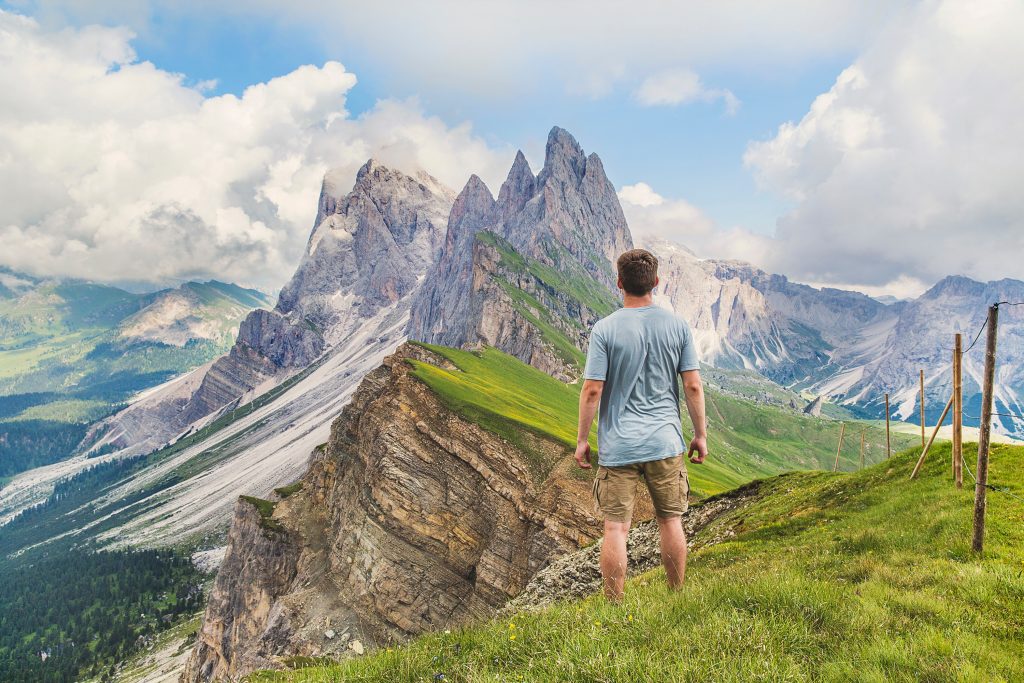 Photo by Joshua Earle on Unsplash

Only time will tell.

In the mean time, I’m stepping out of the pasture. You see, one of the items that has lived in that “When I Retire” folder is a dream of writing more. Guess what I just did? I sat down and wrote a 500 word blog post. Is it the book I dreamed of? Not yet, but it’s a start. It’s a few steps out of the pasture, and a few steps closer to this next adventure. It’s time to quit admiring the mountains and allowing them to intimidate me. I’m going to focus on the next few steps and let God direct my path through these mountains. Because I don’t believe we were created to live in pastures.